Realmite is the lowest tier Divine RPG overworld material. Realmite is a very common ore, being slightly less common than iron but more common than diamond. Realmite commonly generates between levels 17 and 5. If smelted in a furnace, the player gets a Realmite Ingot. 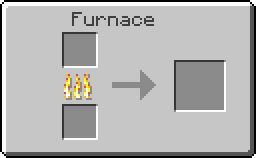 Realmite is used to craft a wide array of tools, weapons and armor. The full list along with recipes can be found on the Realmite Ingot page.