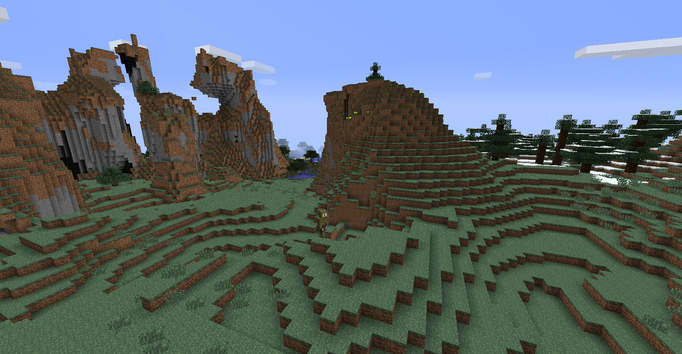 The Overworld is the starting and main dimension in all of Minecraft. There are quite a few biomes in the Overworld, including Taiga, Snow, Hill, Plains, Jungle, Desert and Ocean. There are also a variety of mobs; the vanilla Zombie, Skeleton, Enderman, Spider Jockey, Spider, Cow, Pig, etc.

There are numerous DivineRPG mobs that spawn in the Overworld.

There are also mobs like the Kobblin, which spawn in several biomes.

Also found in the Overworld is the Pumpkin Spider, which only spawns near pumpkin patches.

Divine RPG does override the regular spawning mobs such as cows, thus replacing them with Ancient Entity and vice versa, but does not effect the spawning of villages, temples or biomes.

There are two bosses that spawn in the Overworld. The Ancient Entity, and the Wither.

NOTE: the Wither is a vanilla Minecraft boss, and has not been modded.