What's on your mind?

I'm playing with DivineRPG on Minecraft 1.16.5. Armor has low durability, armor that should be infinite is not infinite. Can anyone help with this? 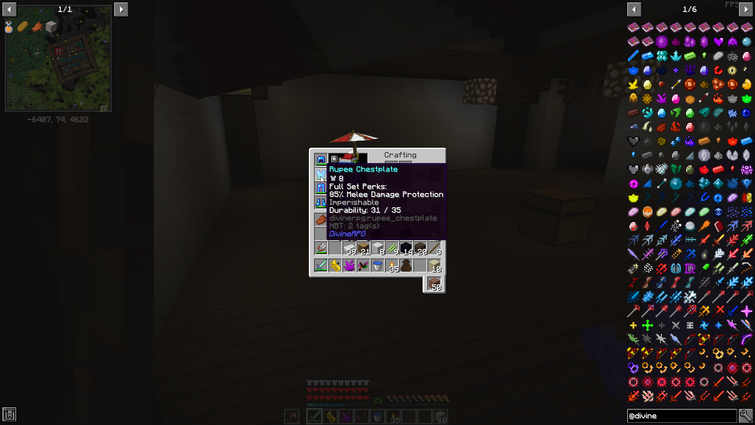 Is there a way to create articles in another language for this wiki? I would like to do it for Spanish but before creating a wiki or something like that I wanted to make sure of this :) 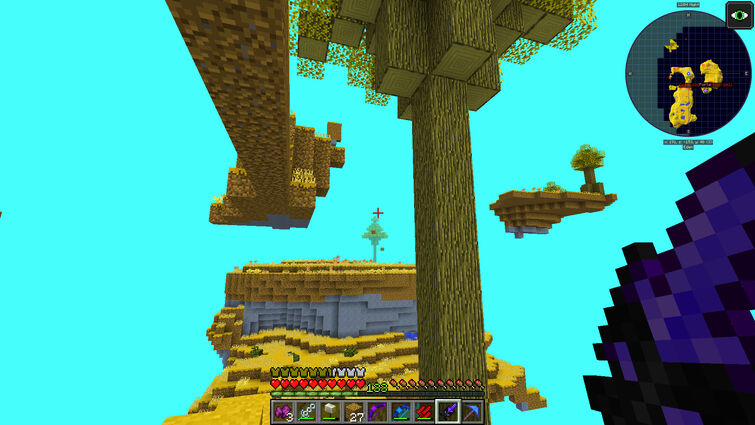 One right next to me, one at the back. 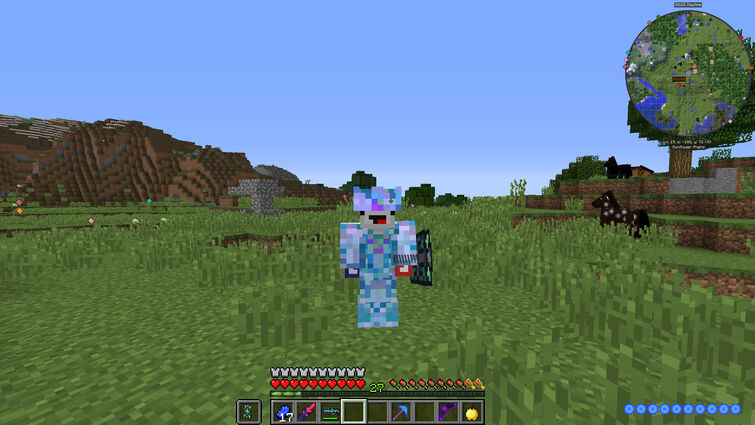 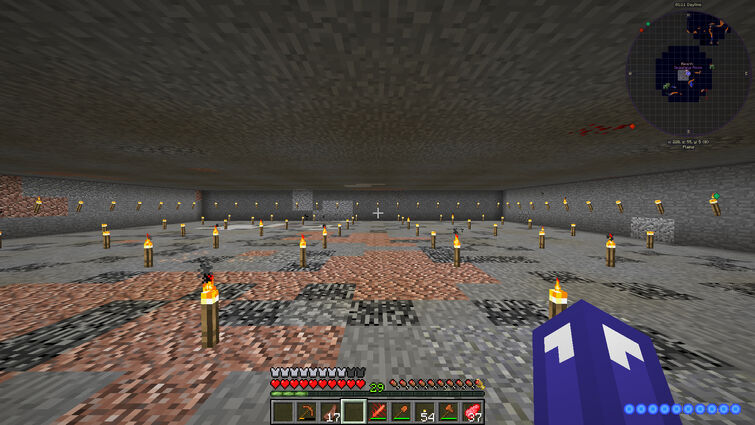 Also me: does max title letters

Does it have tinkers support?

I really think they shouldn't one shot the player if they are using angelic armor, also, my shield should auto-block cori's attacks. For most attacks my realmite shield auto blocks, but for coris they don't. The advanced cori is more overpowered than most the bosses before skythern dimension, so I feel that they are very unbalanced and deserve a nerf. I would suggest, instead of the 60+ dmg it does, I would say make it 25 hearts so 50 dmg or something, 60 is for the cori boss that you would have to actually prepare for, not some enemy who spawns very commonly in skythern dimension. Soo two things - decrease spawn chance - make dmg 25 instead of 60(idk if its 60, but when I blocked the cori shot with a shield it took 60 dura from it, from just one!)

Hello! I saw that there is a server with Divine RPG and it requires you to download RPG Immersion in FTB, but I cant find the modpack in the FTB app

About to finish the divine rpg "storyline" in my dimensional modpack

I recently make dark steel armor, and in the description, it says, "Diamond level protection when powered," and, "Fall damage negated when powered." In the anvil, you can add a vibrant crystal and get something called "empowered," but it doesn't actually do anything. Am i doing something wrong? How do I add energy to an item?

Oceans spawn thousands upon thousands of mobs and drop my framerate from a steady 300-400 to less than 10 whenever I'm near an ocean.

Also, I get no mob spawns anywhere else in the overworld. I've seen one Scorcher spawn in the Nether but that's after several thousands of blocks of searching on a test world I made.

Best advice I've seen is to lower render distance but obviously that only applies for the ocean issue and does nothing to help overworld mob spawns.

They are spawning fine in Nether and The End, but I cant see a single mob in the other dimensions...

There seems to be a bug where all of the armors that are supposed to be infinite durability (according to the wiki) such as Halite, Elite Realmite, Rupee, etc, are actually not infinite durability (they show a durability bar as soon as they take damage, and eventually wear all the way out). If there is something I can do in the config of my game or mod files to fix this, let me know please!

as simple as the title; the watcher will not spawn with call of the watcher in the nether, im playing on 1.7.10 please help!

I haven't played Minecraft or other games in quite a while. Is anybody here still active?

I remember when this community was super active and fun to be around. Is the mod still around?

(edited by Darth Noxiz)
Where to can I send my suggestion about the mod?
(edited by TreebeardOfFangorn)

so I have discovered more than 20 - 30 caves and 4 - 5 craters and there I found absolutely no mobs. Not minecraft nor DivineRPD mobs. I have set the difficulty to hard and no mobs have spawned, I installed the more mobs spawning mod but still no mobs in caves. I say in caves because when it's night and I am on the surface mobs of course appear, but non of the caves had a single mob in them. Again I created my world and my difficulty was hard. My minecraft version is 1.7.10 and if you want to contact me personally, then go to vladpiletsky@gmail.com.